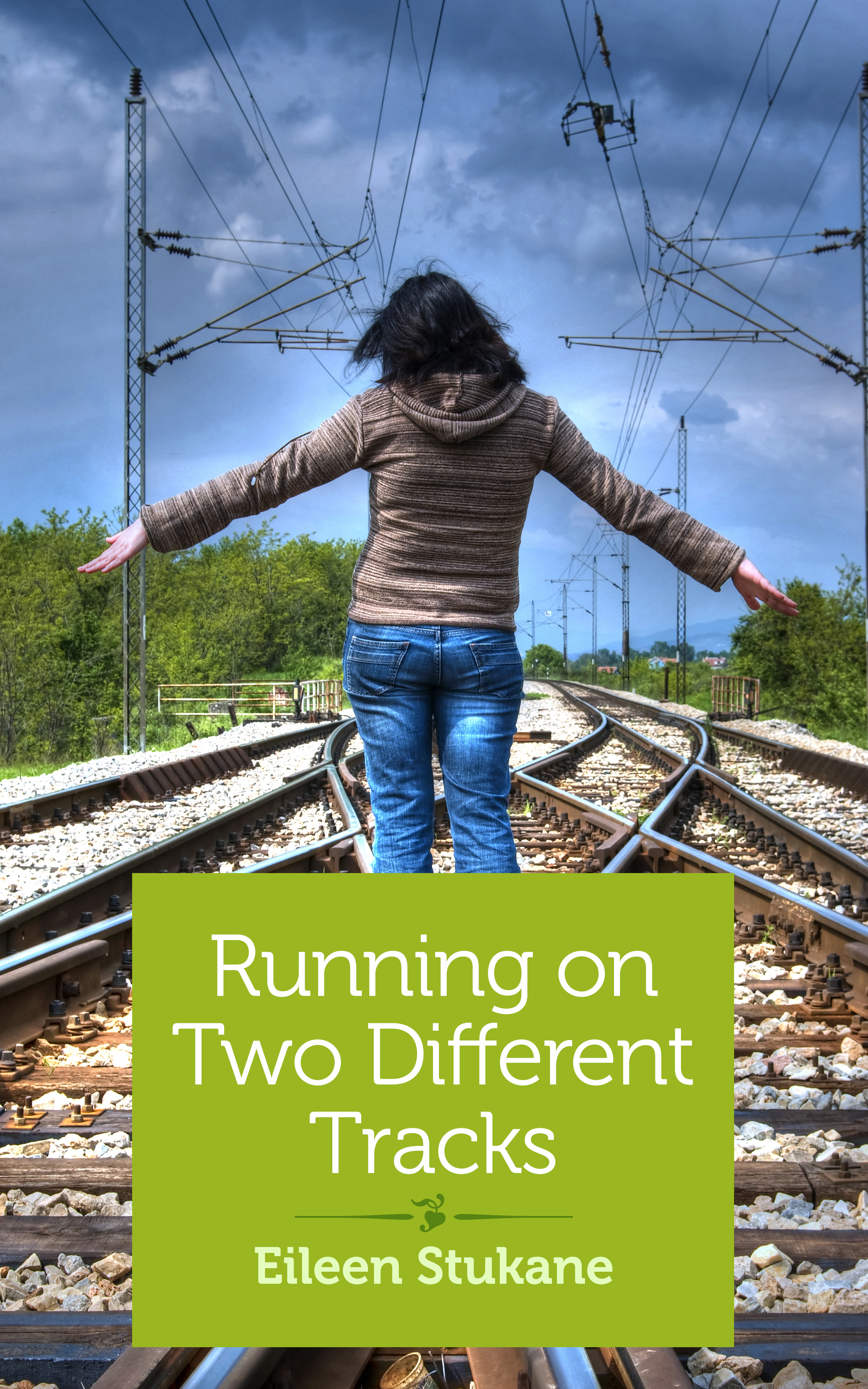 Every woman who has waited to have a child will understand Eileen Stukane's determination to become a mother. She would not be stopped, even when a family mystery in Italy threatened to end everything.
Running On Two Different Tracks
Facebook Page 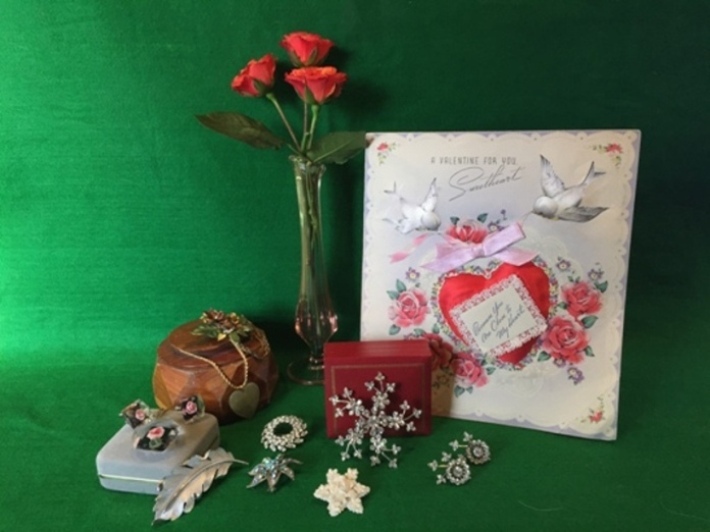 Going through my mother's possessions after her unexpected passing "I Feel Like A Thief."

My daughter and her birth mother, walking hand in hand in Lithuania.
A Lithuanian highway was taking us into the unknown. Through the car window I watched the moving landscape: the lakes, birch trees, meadows of yellow rapeseed flowers, and rows of stately Queen Anne's lace. My husband David, my 20-year-old daughter Masha and I had been preparing for this drive to meet my daughter's birth mother for a long time. Now all of my daughter's questions: What does she look like? What will she say? Did she have more children? Can she tell me who my father is? Why did she let me go? -- would have answers. At least that was the hope, and in some ways, the fear. The unknown, after all, is unpredictable.

As the scenery sped by, I thought back to the 10-year-old girl who had asked me when she could meet her "real mother." We were walking home from school together and she told me that her friends, with whom Masha had been very open about her adoption, were asking her questions: Who is your "real mother?" Why did she give you up? Didn't Masha want to meet her? I stopped walking. "I'm your real mother," I told her, "The woman in Lithuania who gave birth to you is your birth mother, but I'm your real mother, the one who's with you right here, right now. It's not going to get any realer than this."

My daughter says she has "holes" inside her, a past she cannot remember, empty spaces that need to be filled. David and I met her at age 5 1/2, in an orphanage for preschool Russian children in Vilnius, Lithuania. Social services had placed her there at age 3, as a child of neglect. Masha has a need to understand how a mother could turn away from her 3-year-old child, who could voice opinions, display a sense of humor, have a singular personality. She tells me that she wants to ask her, "How could you?!" She wants to fill the holes with concrete facts that will anchor her identity. No matter how much I may love her, I cannot complete her in a way she craves. This is difficult to accept. She fulfills my need to be a mother but I cannot fulfill her needs as a daughter. I have had to seek out a woman I've never met to help her.

The three of us, with our translator Jenia, arrive at the aging structure where Masha's birth mother Valentina lives. It reminds me of the housing projects in New York City, our home. Valentina wants to meet us outside, on the circular drive where we are parked. I look toward the front door of the building, and she emerges, a petite woman with stooped shoulders. She is wearing pink cotton pants and a white shirt designed with scatterings of small geometrical shapes in pink. I am in a beige and white sleeveless summer dress with a white linen jacket. I wonder if she took as long as I did to decide what to wear. I see that her face is lined and tired from decades of smoking and drinking. She is looking much older than her 48 years, and much sadder than anyone should.

Valentina walks briskly toward Masha, speaking in Russian as she nears. Masha, who has studied Russian for two years in college, knows what she is saying. "I'm sorry, so sorry, my girl, my Masha, please forgive, please forgive me my girl," and she encircles my daughter in a close embrace, her arms pulling them close, their bodies touching. She speaks the same words over and over, asking for forgiveness, her only pauses come when she leans slightly back in order to stroke Masha's hair. They are the same 5'1" tall so they match anatomically. Heads, shoulders, waists, legs are in the same place. I am a little jealous. I am 5'10" tall. Masha and I are never in juxtaposition to each other when we are standing close. The top of her head reaches my shoulders. I will never be able to hug her like this, I think and realize that I am crying for a multitude of reasons. The purity of Valentina's raw, emotional appeal for forgiveness has shaken me, and in fact, shaken all of us. Masha and Valentina are weeping together, but so are David, Jenia and I. Clearly there will be no "How could you!" confrontation to follow.

Masha has framed a watercolor she had painted from memory of a grove of birch trees. As she hands Valentina her gift, I notice that we are standing in front of a grove of birch trees similarly configured. Somewhere from within the folds of her brain Masha has unwrapped early images. In exchange, Valentina has a gift for Masha. All morning she handpicked tiny red forest berries that look like micro-sized strawberries, and now she presents the literal fruits of her labor to her biological daughter, who is my daughter. The simplicity of Valentina's offering is heartstopping.

Taking Masha by the hand, her birth mother leads her to a restaurant as I follow behind them. This is their moment, their time. My daughter and I will leave together. We will talk about this summer day when we flew to Lithuania to meet her birth mother as we continue to define her life history. Valentina will not have a close parent/child relationship to enrich her existence, but I will. I feel respectful of their singular chance to connect, but later Masha will tell me that Valentina was squeezing her hand tightly and hurting her, that she remembered that grip and it frightened her as a child. At the moment she was recoiling, I was considering the connecting.

The questions come only from Masha's side. "Who is my father?" she asks and Valentina says "Yuri," and tells her she has her father's gray eyes which change color with the weather, sometimes blue, sometimes green. Masha's changing eye color has often been the subject of conversation. She wants to see a picture of her father. She wants to meet him. Valentina is dismissive. I know that in other families with adopted children, meetings with birth mothers can be touching and in some ways romantic. A woman was a teenager, a child herself when she gave birth and wanted her infant to have the life she could not provide. She turned over her baby to a stable, functional couple, and now she was reconnecting to affirm her early decision. This was not our story. We had no meeting with rainbows and ribbons and well-wishes at the start, and my guess is that many adopted children do not.

Masha's birth mother was a worn out woman who lost three children to Lithuania's social services. She was married to a man named Igor, who gave her two children and left her a young widow. Masha has two older half-siblings, a sister six years older, and a brother five years older, both adopted by a couple from Buffalo, New York. Masha's father Yuri was Valentina's companion for four years but he was not around when Valentina gave birth at age 28.

When Valentina says she only left her house for "five minutes" to see a neighbor and when she returned her children were gone, I can see that this is probably the story she has told herself over the years. In truth, 3-year-old Masha was found wandering the streets in her nightclothes, when a man brought her to the police station. Valentina was then, and is now, addicted to alcohol. I know that Masha is angry that her birth mother did not choose her children over her addiction. I see my counterpart as someone who fell on very hard times when her husband died. She was poor in a country that had lost its Soviet government and was suddenly independent, charting a course without a compass. My analysis is intellectual, however, and I already sense the struggle that will follow this visit when my daughter wrestles with her feelings. When we learn that Valentina and Masha share severe migraines, I wonder whether Valentina was driven to drink to reduce the radiating pain of these oppressive headaches.

Valentina's cellphone rings right after she tells Masha that she was named after her great grandmother who was assassinated by Lithuanian nationals solely because she was Russian at a time when the Russians were Lithuania's enemy oppressors. The cell call was from Valentina's younger sister Svetlana who wants to meet Masha. We know nothing of this 36-year-old aunt but agree to meet her the next day. This will turn out to be a happy event giving Masha an aunt who is an anesthesiologist, an uncle who is a furniture maker, and two teenage male cousins. (To her great disappointment, Masha also learns the next day that her birth father Yuri, who was 20 years older than Valentina, died in 2009.)

Our time with Masha's birth mother draws to a close. Valentina turns away from our car as we part. She does not watch us leave. It's just too emotional, I think to myself. Has my daughter filled the emptiness inside her? In some ways, I think "yes," but I also see from this trip that she lives a parallel existence, something that had not occurred to me when I decided to become an adoptive parent. Her life with her father and me did not travel on a continuum from her early beginnings, as I thought it would. Her life with us has happened side by side with the life she once lived, a could-have-been life that invades her imagination while she is functioning day to day. Meeting my daughter's birth mother brought those parallel lives closer to a juncture, and helped me understand more fully that being an adoptive mother means embracing a world of many separate parts and bravely helping to join them together.

Eileen I am blessed to be living in the same lifetime with you my dear cousin. The story of Masha continues to bless all of us in ways we could not anticipate.

Loved your story,Eileen. You are blessed to have the life you have. BTW, I found out I was adopted when I was 23. There's a tale for you!

Glad to see the continuing story of Masha. I began the story reading and completing your book this morning. Enjoy your writing style that packs much into a simple sentence.

Wow--powerful story, beautifully written. As always, Eileen, I'm awed by your amazing empathy and insight. Masha could hardly have found a real-as-it-gets mom any better equipped to help her heal and become the awesome person she's so clearly meant to be.

So heartwarming. Eileen this brought tears to my eyes thank you writing this and for saving all of us.